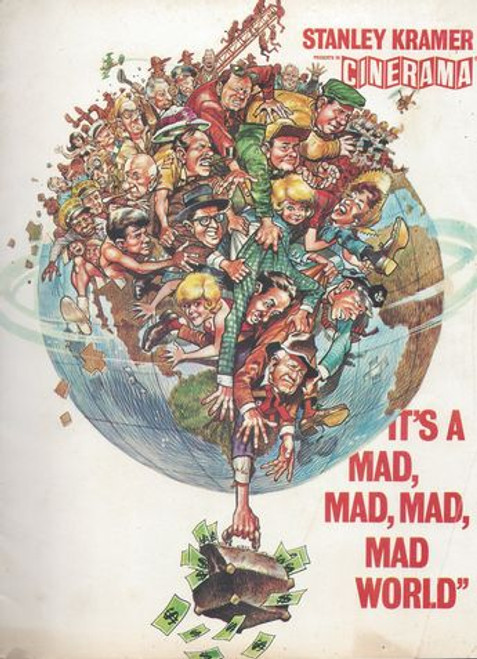 It's a Mad, Mad, Mad, Mad World is a 1963 American comedy film produced and directed by Stanley Kramer with a screenplay by William Rose and Tania Rose from a story by Tania Rose. The film, starring Spencer Tracy with an all-star cast of comedians, is about the madcap pursuit of $350,000 in stolen cash by a diverse and colorful group of strangers. It premiered on November 7, 1963. The principal cast features Edie Adams, Milton Berle, Sid Caesar, Buddy Hackett, Ethel Merman, Dorothy Provine, Mickey Rooney, Dick Shawn, Phil Silvers, Terry-Thomas, and Jonathan Winters.

The film marked the first time Kramer directed a comedy, though he had produced the comedy So This Is New York in 1948. He is best known for producing and directing, in his own words, "heavy drama" about social problems, such as The Defiant Ones, Inherit the Wind, Judgment at Nuremberg, and Guess Who's Coming to Dinner. His first attempt at directing a comedy film paid off immensely as It's a Mad, Mad, Mad, Mad World became a critical and commercial success in 1963 and was nominated for six Academy Awards, winning for Best Sound Editing, and two Golden Globe Awards.

Condition: Used Good/Fair Has some small marks on cover