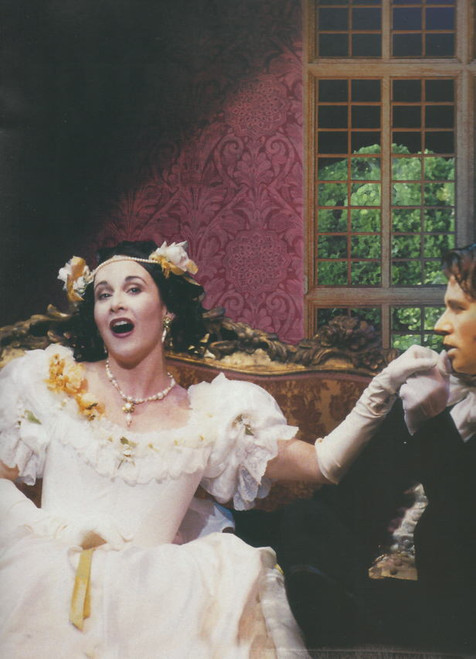 Jane Eyre is a musical drama with music and lyrics by composer-lyricist Paul Gordon and a book by John Caird, based on the novel by Charlotte Brontë. The musical premiered on Broadway in 2000. A workshop of the musical was performed at Manhattan Theatre Club in 1995. The musical had a work-in-progress workshop production in Wichita, Kansas in Autumn 1995 at the Centre Theatre. Minor roles and the large ensemble of schoolgirls for the scenes at Brocklehurst’s school were cast locally, while the directors brought several members of the principal cast from New York. The musical was well received, and a recording of this rendition allowed the creative team and their backers to slowly move the project towards an opening on Broadway. The musical had its world premiere at the Royal Alexandra Theatre in Toronto, Canada in late 1996. The musical then had a pre-Broadway try-out at La Jolla Playhouse, San Diego, California, July 14, 1999 to August 29, 1999.