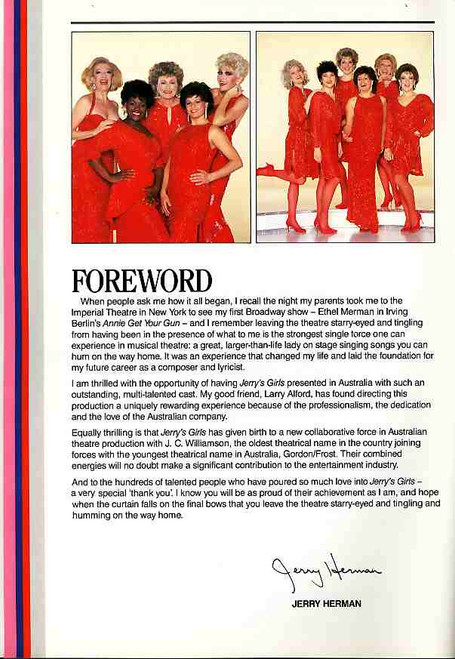 Jerry’s Girls is a musical revue based on the songs of composer/lyricist Jerry Herman,This Broadway hit features all the best songs for women from such immortal musicals as Mame, Hello Dolly!, Milk and Honey, Mack and Mabel, A Day in Hollywood/A Night in the Ukraine and La Cage Aux Folles.

This Souvenir Brochure is from the Melbourne Premiere Oct, 1987  at the Comedy Theatre.

Size 205 x 300 mm
Great Information on the show and cast also includes pictures from the show a must for any collector.
Condition: Good 8/10 (small creases on spine and cover)
(Please Note scans are low res for fast loading)