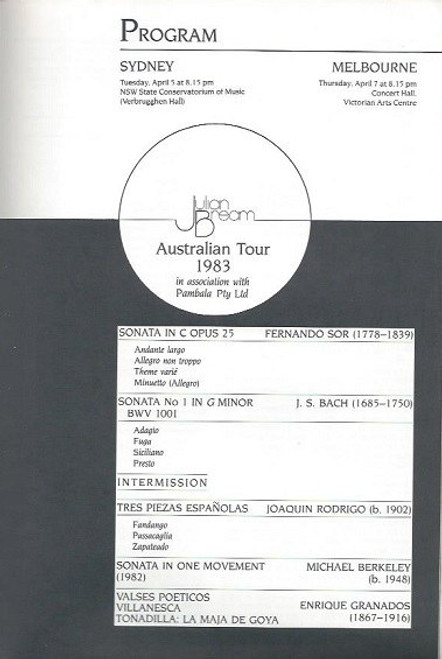 Julian Alexander Bream,CBE (born 15 July 1933), is an English virtuoso classical guitarist and lutenist. One of the most distinguished classical guitarists of the 20th century, he played a significant role in improving the public perception of the classical guitar as a respectable instrument. Bream has recorded extensively for RCA Victor and EMI Classics. These recordings have won him several awards, including four Grammy Awards, two for Best Chamber Music Performance and two for Best Classical Performance. RCA also released The Ultimate Guitar Collection, a multi-CD set commemorating his birthday in 1993.