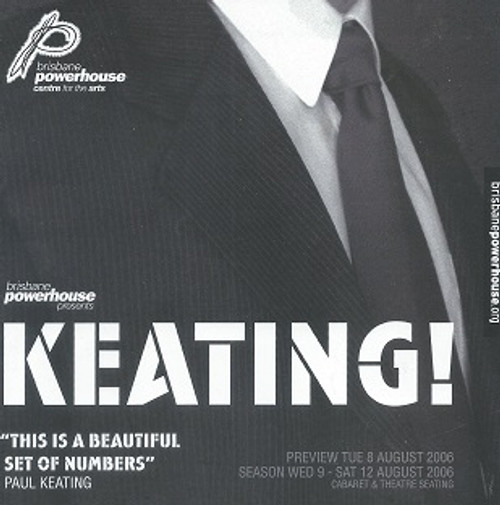 Music and Lyrics by Casey Bennetto

Keating! is a sung-through musical which portrays the political career of former Australian Prime Minister Paul Keating. Keating was Prime Minister between 1991 and 1996; the musical follows him from his ascent to the leadership through to his eventual electoral defeat by John Howard. It was written by Casey Bennetto, who was inspired to write the show by his disappointment at the results of the 2004 federal election, which saw Howard's Coalition government returned for a fourth term. The musical takes a humorous, satirical tone and presents a positive image of Keating while frequently criticising the Howard government. Bennetto describes the show as "ridiculously pro-Paul Keating".