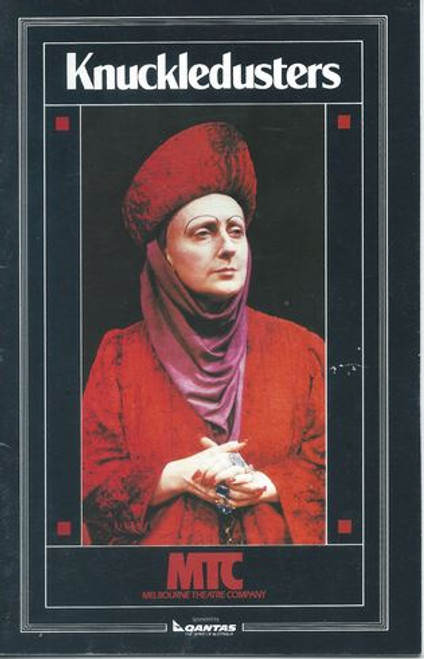 Kerry Walker AM, actor, graduated from the National Institute of Dramatic Art in 1974 and made her professional stage debut in a melée in Act 1 of Romeo and Juliet with the Australian Ballet. From the time Jim Sharman cast her in the lead of the film of Patrick White's short story The Night the Prowler in 1977, she was White's protégée, friend and muse. White wrote roles in Signal Driver and Netherwood for her; both plays pioneered in South Australia, where Walker was a member of Jim Sharman's Lighthouse ensemble. In 1987 he wrote Shepherd on the Rocks for Walker and John Gaden, who was Artistic Director of the State Theatre Company of South Australia at the time.

Regularly named as one of Australia's outstanding stage actresses, in recent years Walker has acted in innumerable plays, including Life Without Me (2010). Her film roles, typically minor yet memorable, encompass Bliss (1985), The Piano (1993), Cosi (1995), The Dish (2000), Looking for Alibrandi (2000), Moulin Rouge (2001), Home Song Stories (2007) and Australia (2008), and Holding the Man (2015), and her many television credits include Come In Spinner (1989) The Leaving of Liverpool (1991), a regular role in Grass Roots (2003) and Rake (2008). She has served on the boards of Belvoir Street Theatre and Company B. Her numerous awards and nominations include Best Actress Green Room Award for Pack Of Lies and Knuckledusters, the latter a one-hander she wrote about Edith Sitwell.

The Marriage of Figaro - 6