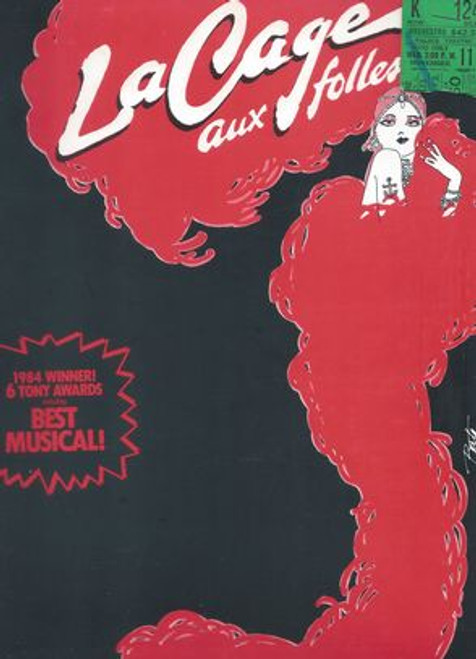 Lyrics and Music By Jerry Herman Book by Harvey Fierstein

La Cage aux Folles  is a musical with a book by Harvey Fierstein and lyrics and music by Jerry Herman. Based on the 1973 French play of the same name by Jean Poiret, it focuses on a gay couple: Georges, the manager of a Saint-Tropez nightclub featuring drag entertainment, and Albin, his romantic partner and star attraction, and the farcical adventures that ensue when Georges's son, Jean-Michel, brings home his fiancée's ultra-conservative parents to meet them. La cage aux folles literally means "the cage of mad women".