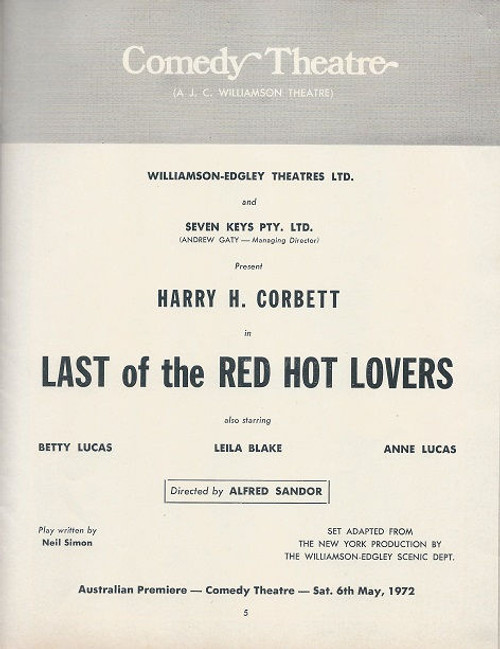 Some men are late developers: Barney has the 29-year itch. After nearly 30 years of marriage to the unseen Thelma, Barney wants to play the field. After all, the sexual revolution has arrived (Neil Simon's comedy opened in 1969) and everyone's talking about promiscuity, even if poor Barney isn't getting any of that new patchouli-scented action. That he chooses his mother's chintzy apartment as the venue for these illicit liaisons is character-revealing. He's not really after grubby, meaningless sex - he wants "something beautiful, something decent". You've got to love optimists, no matter how self-deceiving. A middle aged restaurateur begins to feel the desire to roam and realizes that one day each week, his mother's apartment will be empty all afternoon. He makes several attempts at seduction, only to learn that it is much more complicated and difficult than he could have imagined.