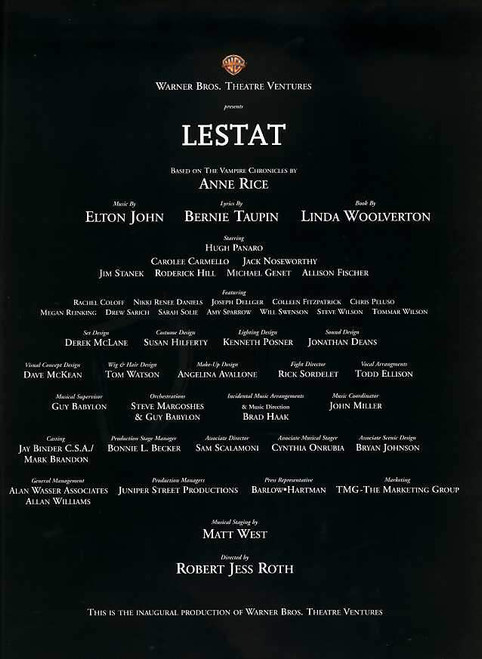 The pre-Broadway version of the Lestat musical was extremely different from the New York version of the Lestat musical. Even though it was the highest-earning pre-Broadway play in San Francisco history (beating out Wicked and Cats) the company drastically revised the play. The San Francisco version, performed at the city's historic Curran Theater during the final months of 2005 and early 2006, had far more elaborate stage effects and production values and included projected images illustrating the main character, Lestat's, story.

Condition: Good 8/10 (some small creases on the spine)