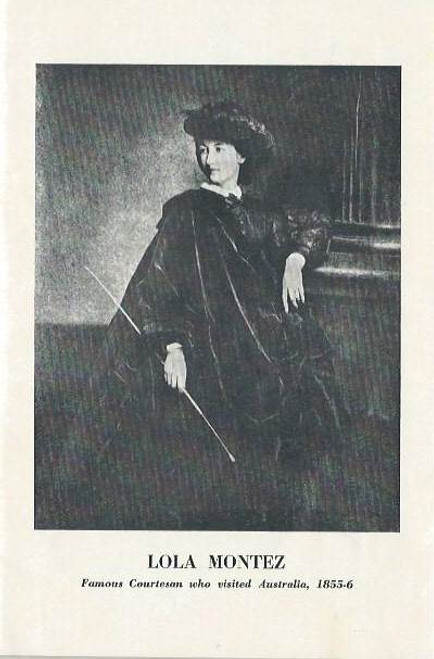 The Story of the musical is based on historical fact, In 1855-6, the “Spanish” dancer, Lola Montez, was Attracted to Australia, Like other theatrical personalities of her time, in the hope of cashing in on the new found wealth of the gold miners. She left behind her a trail of legends and debts, but it was in Ballaarat (as it was spelt) that she created her greatest sensation, when her Spider Dance was rewarded with a hail of nuggets, and the miners swarmed onto the stage in approbation.
Following an uncomplimentary newspaper criticism of her performance, she publicly horsewhipped the editor of “The Ballaarat Times” and left Australia under the management of an American for further performances in the United States. Lola was for a time morganatically married to Ludwig 1 of Bavaria, from which country she was expelled through the pressure of Church and State.