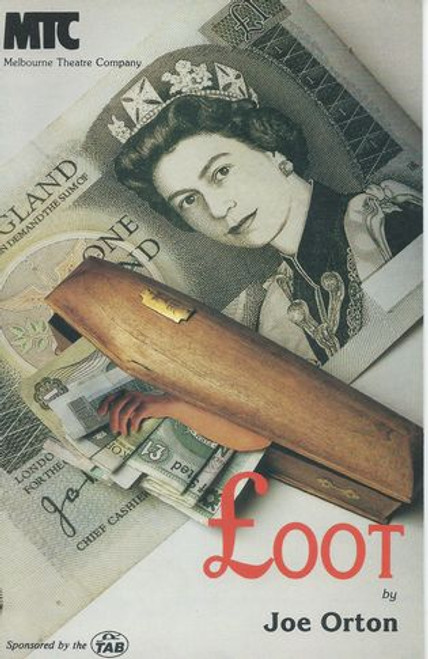 Loot is a two-act play by the English playwright Joe Orton. The play is a dark farce that satirises the Roman Catholic Church, social attitudes to death, and the integrity of the police force.[1]

Loot was Orton's third major production, following Entertaining Mr Sloane and the television play The Good and Faithful Servant. Playing with the conventions of popular farce, Orton creates a hectic world and examines English attitudes and perceptions in the mid twentieth century. The play won several awards in its London run and has had many revivals. Orton completed a first draft in October 1964, which premiered in Cambridge on 1 February 1965. The production starred Geraldine McEwan, Kenneth Williams, Duncan Macrae and Ian McShane and was directed by Peter Wood.