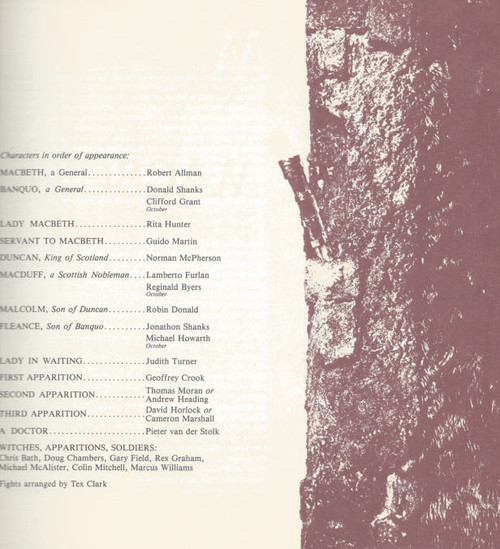 Macbeth is an opera in four acts by Giuseppe Verdi, with an Italian libretto by Francesco Maria Piave and additions by Andrea Maffei, based on William Shakespeare's play of the same name. Written for the Teatro della Pergola in Florence, it was Verdi's tenth opera and first given on 14 March 1847. Macbeth was the first Shakespeare play that Verdi adapted for the operatic stage.

Written after the success of Attila in 1846, by which time the composer had become well established, Macbeth came before the great successes of 1850 to 1853 (Rigoletto, Il trovatore and La traviata) which propelled him into universal fame. As sources, Shakespeare's plays provided Verdi with lifelong inspiration: some, such as an adaption of King Lear (as Re Lear) were never realized, but he wrote his two final operas using Othello as the basis for Otello (1887) and The Merry Wives of Windsor as the basis for Falstaff (1893).

The first version of Macbeth was completed during the time which Verdi described as his "galley years" which ranged over a period 16 years, and one which saw the composer produce 22 operas. By the standards of the subject matter of almost all Italian operas during the first fifty years of the 19th century, Macbeth was highly unusual. The 1847 version was very successful and it was presented widely. Pleased with his opera and with its reception, Verdi wrote to Antonio Barezzi, his former father-in-law and long-time supporter about two weeks after the premiere.

The Phantom of the Opera - 6