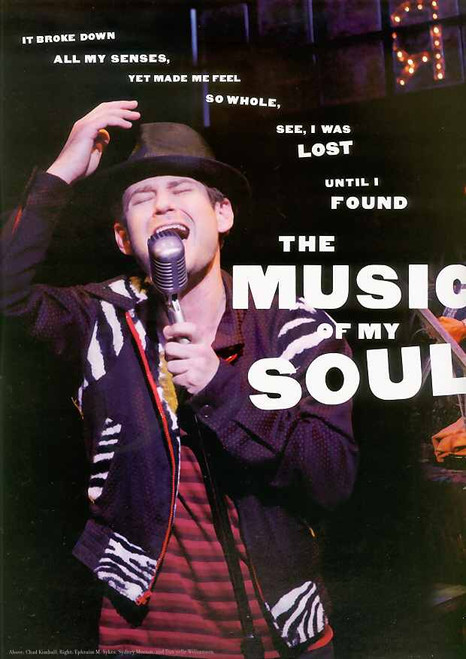 Memphis is a musical by David Bryan (music and lyrics) and Joe DiPietro (lyrics and book). It is loosely based on Memphis disc jockey Dewey Phillips, one of the first white DJs to play black music in the 1950s. It was staged during the 2003-04 season at both the North Shore Music Theatre in Beverly, Massachusetts and TheatreWorks in Mountain View, California and opened on Broadway on October 19, 2009. It won the Tony Award for Best Musical, along with three other Tony Awards, at the 2010 Tony Awards.

This Souvenir Brochure is from Memphis .