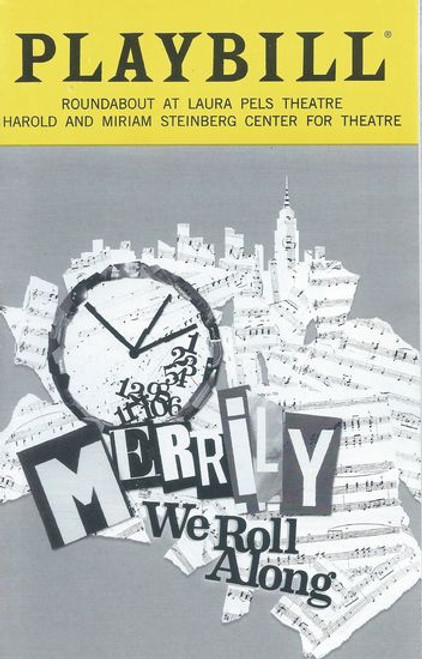 Merrily We Roll Along - Off Broadway Jan 2019

Merrily We Roll Along is a musical with a book by George Furth and lyrics and music by Stephen Sondheim. It is based on the 1934 play of the same name by George S. Kaufman and Moss Hart.
Furth and Sondheim retained the basic structure and overall theme of the play but updated it to encompass the period from 1957 to 1976. The story revolves around Franklin Shepard who, having once been a talented composer of Broadway musicals, has now abandoned his friends and his songwriting career to become a producer of Hollywood movies. Like the play, the musical begins at the height of his Hollywood fame and moves backwards in time, showing snapshots of the most important moments in Frank's life that shaped the man that he is today. The musical utilizes a chorus that sings reprises of the title song to transition the scenes.
The musical ran on Broadway for 44 previews and 16 performances in 1981 and marked the end of the Harold Prince-Sondheim collaborations until Bounce in 2003