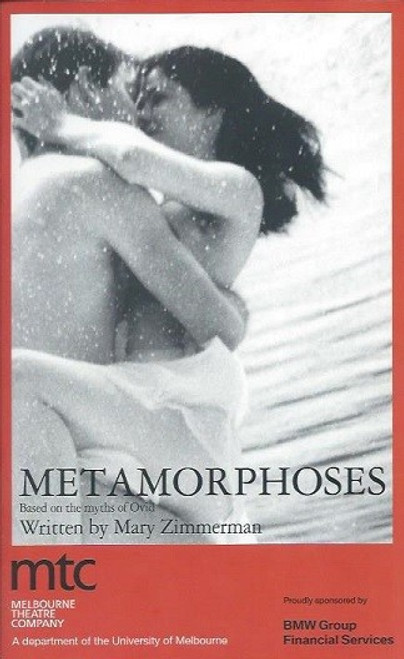 Metamorphoses is a play by the American playwright and director Mary Zimmerman, adapted from the classic Ovid poem Metamorphoses. The play premiered in 1996 as Six Myths at Northwestern University and later the Lookingglass Theatre Company in Chicago. The play opened off-Broadway in October 2001 at the Second Stage Theatre. It transferred to Broadway on 21 February 2002 at the Circle in the Square Theatre. That year it won several Tony Awards.
It was revived at the Lookingglass Theatre Company in Chicago on 19 September 2012 and was produced in Washington, DC at the Arena Stage in 2013.

Mary Zimmerman was born in Lincoln, Nebraska, in 1960. As a child she was introduced to the stories of the ancient Mediterranean world by Edith Hamilton's Mythology. While studying in England, a teacher read her The Odyssey.  Zimmerman was educated at Northwestern University, where she received a BS in theater, as well as an MA and PhD in performance studies. She is a full professor of performance studies at Northwestern.