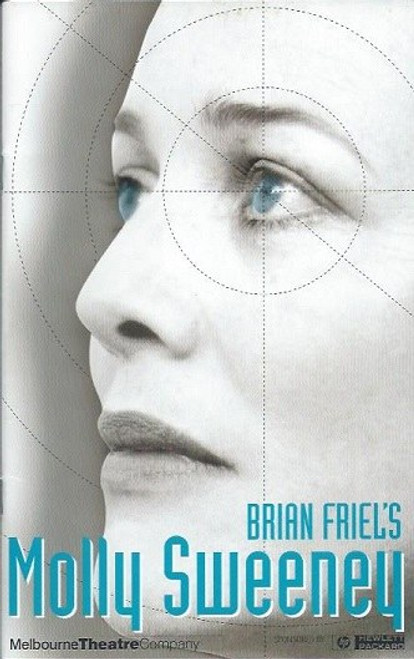 Molly Sweeney is a two-act play by Brian Friel. It tells the story of its title character, Molly, a woman blind since infancy, who undergoes an operation to try to restore her sight. Like Friel's Faith Healer, the play tells Molly's story through monologues by three characters: Molly, her husband Frank, and her surgeon, Mr. Rice.
It enjoyed considerable success on the stage, but attracted little critical interest, perhaps because of its superficial similarities to Faith Healer (1979), another play composed of a series of monologues delivered on an empty stage by characters who have no interaction. This play is about a blind woman in Ballybeg who constructed for herself an independent life rich in friendships and sensual fulfillment, and her ill-fated encounter with two men who destroy it and cause her madness: Frank, the man she marries who becomes convinced that she can only be complete when her vision is restored, and Dr. Rice, a once-renowned eye surgeon who uses Molly to restore his career.