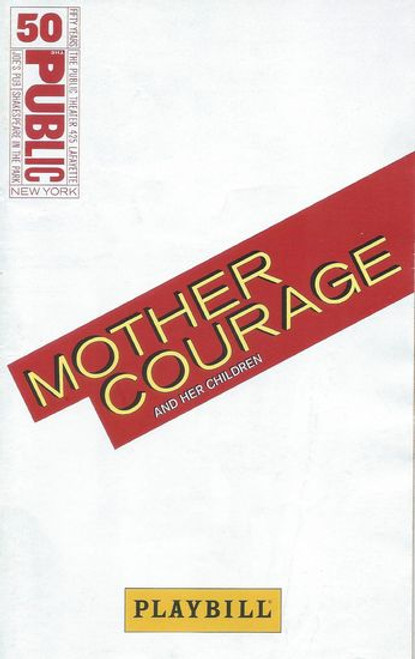 Mother Courage and Her Children (German: Mutter Courage und ihre Kinder) is a play written in 1939 by the German dramatist and poet Bertolt Brecht (1898–1956), with significant contributions from Margarete Steffin. Four theatrical productions were produced in Switzerland and Germany from 1941 to 1952, the last three supervised and/or directed by Brecht, who had returned to East Germany from the United States.
Several years after Brecht's death in 1959/1960, the play was adapted as a German film starring Helene Weigel, Brecht's widow and a leading actress.
Mother Courage is considered by some to be the greatest play of the 20th century, and perhaps also the greatest anti-war play of all time.