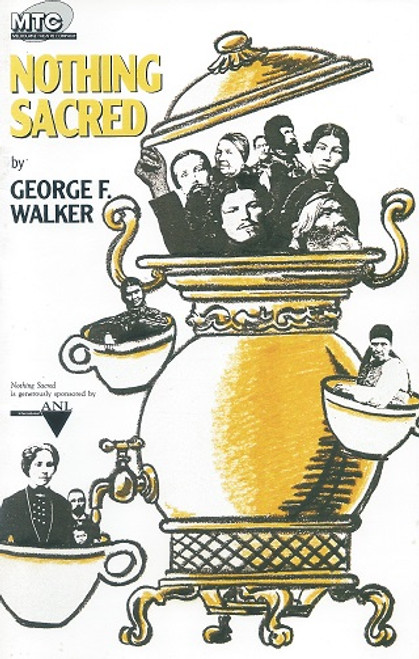 Nothing Sacred is a play by Canadian playwright George F. Walker, written as a stage adaptation of Ivan Turgenev's novel Fathers and Sons. The play received its first production at Toronto, Ontario's CentreStage in the 1987-88 season, under the direction of Bill Glassco. The original cast included Michael Riley as Arkady, Robert Bockstael as Bazarov, David Fox as Nikolai, Richard Monette as Pavel, Peter Blais as Viktor, Diane D'Aquila as Anna and Beverley Cooper as Fedosya.
The play was published in book form by Coach House Press in 1988. It won the Governor General's Award for English-language drama at the 1988 Governor General's Awards, the 1988 Dora Mavor Moore Award for Outstanding New Play and the 1989 Floyd S. Chalmers Canadian Play Award. The production garnered nine Dora Mavor Moore Award nominations overall, including acting nods for Riley, D'Aquila and Blais.