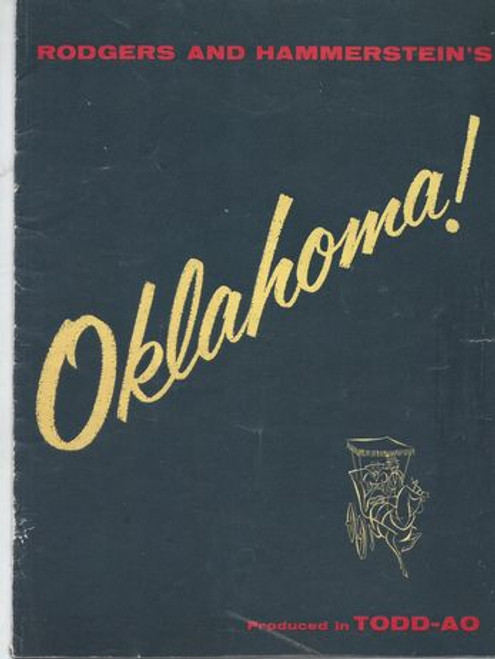 Oklahoma! is a 1955 American musical film based on the 1943 musical of the same name by Richard Rodgers and Oscar Hammerstein II, which in turn was based on the 1931 play Green Grow The Lilacs written by Lynn Riggs. It stars Gordon MacRae, Shirley Jones (in her film debut), Rod Steiger, Charlotte Greenwood, Gloria Grahame, Gene Nelson, James Whitmore, and Eddie Albert. The production was the only musical directed by Fred Zinnemann. Oklahoma! was the first feature film photographed in the Todd-AO 70 mm widescreen process (and was simultaneously filmed in CinemaScope 35mm).

Set in Oklahoma Territory, it tells the story of farm girl Laurey Williams (Jones) and her courtship by two rival suitors, cowboy Curly McLain (MacRae) and the sinister and frightening farmhand Jud Fry (Steiger). A secondary romance concerns Laurey's friend, Ado Annie (Grahame), and cowboy Will Parker (Nelson), who also has an unwilling rival. A background theme is the territory's aspiration for Statehood, and the local conflict between cattlemen and farmers.

Condition: Used Good for its age has some small cracks on spine