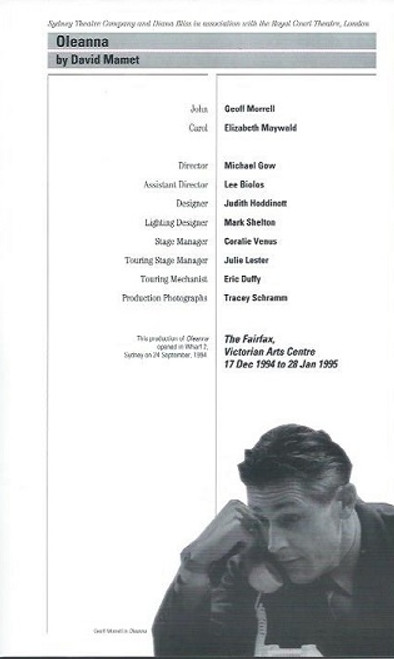 Oleanna is a two-character play by David Mamet, about the power struggle between a university professor and one of his female students, who accuses him of sexual exploitation and, by doing so, spoils his chances of being accorded tenure. The play's title, taken from a folk song, refers to a 19th-century escapist vision of utopia.[1][2] Mamet later adapted his play into a film of the same name.