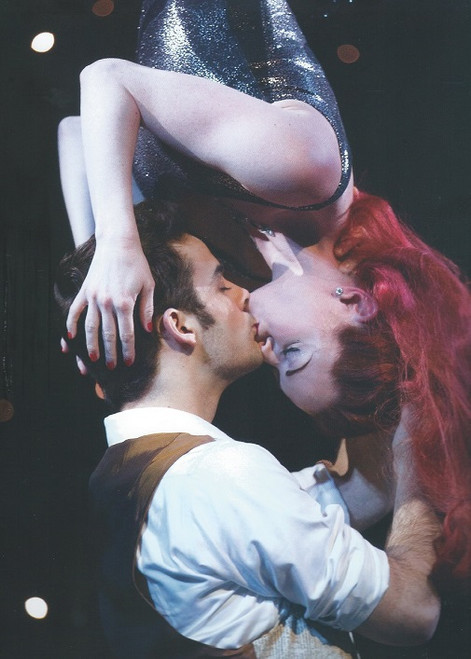 Paramour was Cirque du Soleil's first resident musical theatre show at the Lyric Theatre on Broadway, New York City. Paramour was themed to the "Golden age of Hollywood" and followed the life of "a poet who is forced to choose between love and art". It had similar elements to Cirque du Soleil's retired Los Angeles resident show in Iris (which was also themed on cinema) written and created by Philippe Decouflé, and had a 38-person onstage cast with actress Ruby Lewis in the lead as Indigo. Paramour began preview shows on April 16, 2016, with an official premiere on May 25, 2016. It closed exactly one year after its first preview show, on 16 April 2017.
During previews, Paramour got off to a strong start and grossed over $1 million in its first six shows.
The show was directed by French director-choreographer Philippe Decouflé, who was also the director of the cinema themed Cirque du Soleil show Iris. The rest of the creative team was also the same as for Iris apart from the assistant directors, composer and sound designer. Scenes from Iris, such as aerial straps performed by the Atherton twins (who also performed in Iris), were incorporated into Paramour.