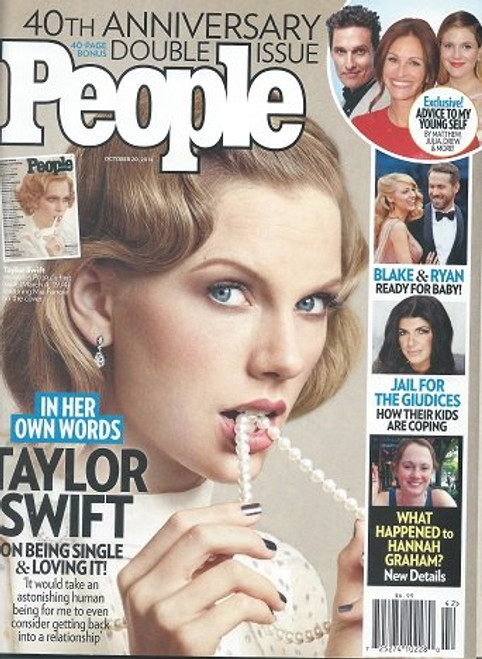 People is an American weekly magazine of celebrity and human-interest stories, published by Meredith Corporation. With a readership of 46.6 million adults, People has the largest audience of any American magazine. People had $997 million in advertising revenue in 2011, the highest advertising revenue of any American magazine. In 2006, it had a circulation of 3.75 million and revenue expected to top $1.5 billion. It was named "Magazine of the Year" by Advertising Age in October 2005, for excellence in editorial, circulation, and advertising. People ranked number 6 on Advertising Age's annual "A-list" and number 3 on Adweek's "Brand Blazers" list in October 2006.

Please Note You are Buying a Souvenir People Magazine