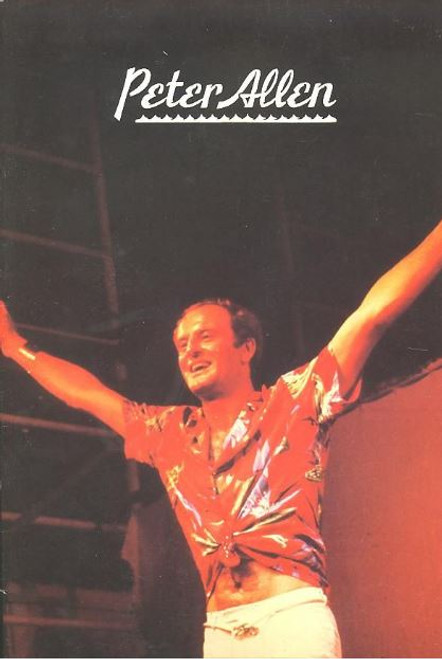 (10 February 1944 – 18 June 1992) was an Australian songwriter and entertainer. His songs were made popular by many recording artists, including Elkie Brooks, Melissa Manchester and Olivia Newton-John, with one, “Arthur’s Theme”, winning an Academy Award in 1981. In addition to recording many albums, he enjoyed a cabaret and concert career, including appearing at Radio City Music Hall riding a camel. His marriage to Liza Minnelli ended in divorce, and culminated his heterosexual guise. He subsequently proclaimed his homosexuality and publicly entered a relationship with Gregory Connell that lasted until Connell’s death, 15 years later.

Peter Allen on Tour 1980 Allen’s one-man spectacular Up in One played in New York and Los Angeles and toured Australia for Pat Condon, Garry Van Egmond and Kenn Brodziak – the visit that inspired ‘I Still Call Australia Home’. In 1980 Allen resuscitated the ailing Copacabana nightclub in New York and returned to Sydney for a Royal Performance at the Opera House on 27 May, attended by the Queen and Prince Philip.
Souvenir Brochure
Size 200 x 305 mm
Condition Used Good 8/10
All Orders incur a $5.00 handling fee  (including free shipping)