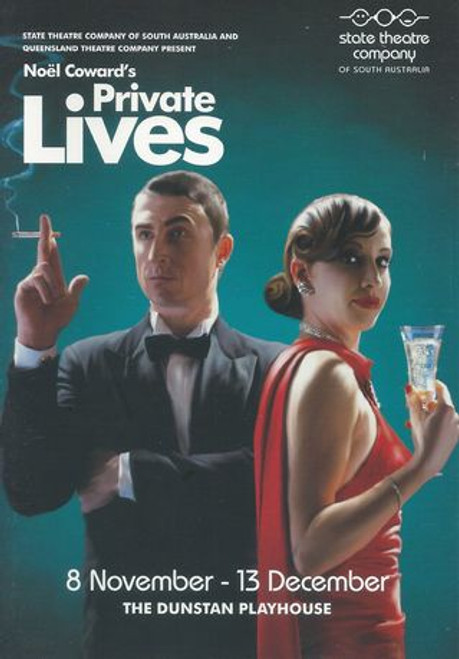 Private Lives is a 1930 comedy of manners in three acts by Noël Coward. It concerns a divorced couple who, while honeymooning with their new spouses, discover that they are staying in adjacent rooms at the same hotel. Despite a perpetually stormy relationship, they realise that they still have feelings for each other. Its second act love scene was nearly censored in Britain as too risqué. Coward wrote one of his most popular songs, "Some Day I'll Find You", for the play.

After touring the British provinces, the play opened the new Phoenix Theatre in London in 1930, starring Coward, Gertrude Lawrence, Adrianne Allen and Laurence Olivier. A Broadway production followed in 1931, and the play has been revived at least a half dozen times each in the West End and on Broadway. The leading roles have attracted a wide range of actors; among those who have succeeded Coward as Elyot are Robert Stephens, Richard Burton, Alan Rickman and Matthew Macfadyen, and successors to Lawrence as Amanda have included Tallulah Bankhead, Elizabeth Taylor, Elaine Stritch, Maggie Smith, Kim Cattrall, Penelope Keith and Lindsay Duncan. Directors of new productions have included John Gielgud, Howard Davies and Richard Eyre. The play was made into a 1931 film and has been adapted several times for television and radio.