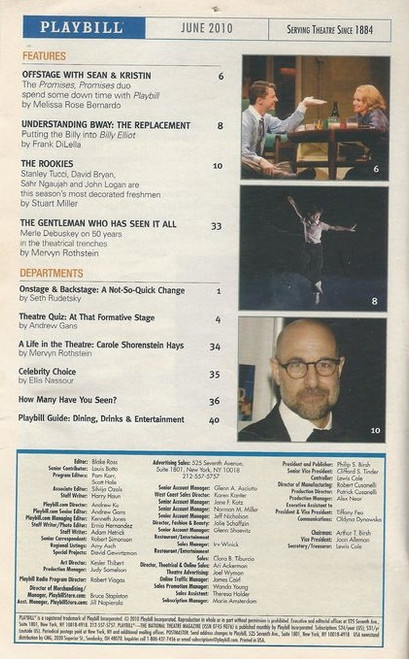 Promises, Promises is a musical based on the 1960 film The Apartment. The music is by Burt Bacharach, lyrics by Hal David, and book by Neil Simon. Musical numbers for the original Broadway production were choreographed by Michael Bennett; Robert Moore directed and David Merrick produced. The story concerns a junior executive at an insurance company who seeks to climb the corporate ladder by allowing his apartment to be used for trysts by his married superiors.
Signed by Sean Hayes and Kristin Chenoweth on Cover