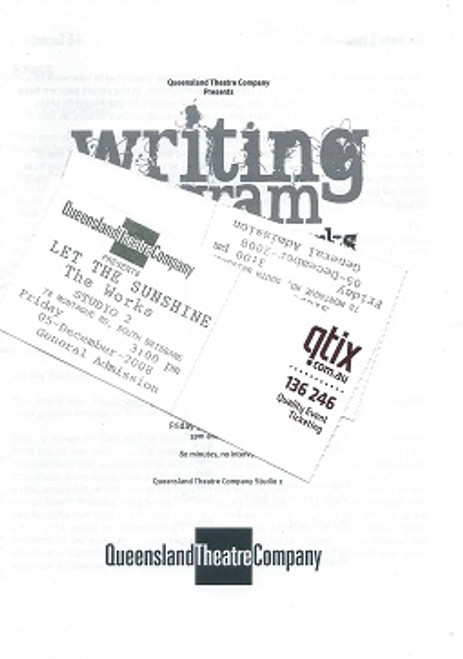 Tom Holloway is an Australian playwright, is based in Melbourne

Holloway's plays have been performed across Australia and internationally, including Beyond the Neck at Belvoir St Theatre (2007), Red Sky Morning at Red Stitch Actors Theatre (2008-9) and regional tour, and Don't Say The Words (2009). And No More Shall We Part (2011) was performed by Griffin Theatre Company, Sydney and London's Hampstead Theatre (2012). His stage adaptation of Colin Thiele's Storm Boy premiered in Sydney in 2013. In February 2011, his play Fatherland received its debut at the Gate Theatre in London.

David Keith Williamson, AO (born 24 February 1942) is an Australian dramatist and playwright. He has also written screenplays and teleplays.David Williamson was born in Melbourne, Victoria on 24 February 1942 and was brought up in Bairnsdale. He initially studied mechanical engineering at the University of Melbourne from 1960, but left and graduated from Monash University with a Bachelor of Engineering degree in 1965. His early forays into the theatre were as an actor and writer of skits for the Engineers' Revue at Melbourne University's Union Theatre at lunchtime during the early 1960s, and as a satirical sketch writer for Monash University student reviews and the Emerald Hill Theatre Company.