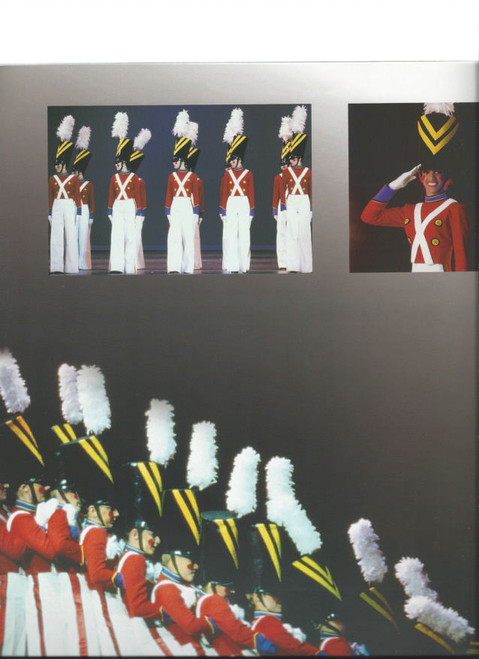 The Radio City Christmas Spectacular is an annual musical holiday stage show presented at Radio City Music Hall in New York City. The show features over 140 performers, lavish sets and costumes and an original musical score. The 90 minute revue combines singing, dancing and humor with traditional scenes in spectacular stage settings. The star performers are the women’s precision dance troupe known as the Rockettes. Since the first version was presented in 1933, the show has become a New York Christmas tradition seen by more than a million visitors a year.

The Radio City Music Hall Christmas Show began in 1933 when the Music Hall presented lavish live stage shows along with the latest Hollywood feature films. The first Christmas show was produced December 21, 1933, along with the RKO musical movie Flying Down to Rio and The Night Before Christmas, a Walt Disney Silly Symphony, and ran for two weeks. This was just one year after the opening of the Music Hall in 1932. The show was created by the Music Hall’s stage producer Leon Leonidoff and designer Vincente Minnelli. It consisted of an overture with Erno Rapee and the Radio City Symphony; a solo on the Mighty Wurlitzer Organ; a performance by Jan Peerce; a Toy Shop Ballet; The Rockettes’ performance of “Parade of the Wooden Soldiers”, choreographed by their founder, Russell Markert; and “The Living Nativity”. These last two scenes have continued in every edition of the annual show up to the present day. The Christmas show, like all the Radio City stage shows, continued to be produced and choreographed by Leonidoff and Markert through the early decades of the Music Hall’s history. Later, Peter Gennaro and others produced the annual show.