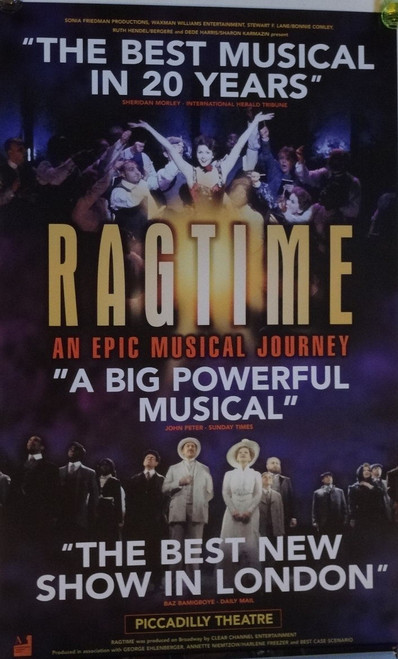 book by Terrence McNally, lyrics by Lynn Ahrens, and music by Stephen Flaherty

Original West End production, Following its European premiere in a concert performance at the Cardiff International Festival of Musical Theatre in 2002 (which was later telecast on BBC Four), the musical was produced in the West End, London, by Sonia Friedman at the Piccadilly Theatre for a Limited Run from 19 March 2003 - 14 June 2003. This production starred Maria Friedman in the role of Mother, for which she won the 2004 Olivier Award for Best Actress in a Musical.