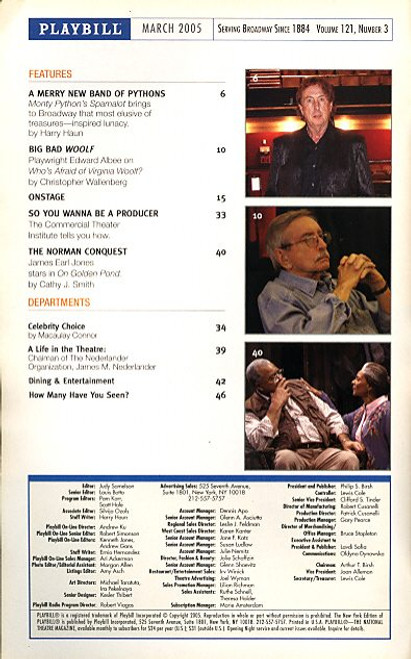 Romance is a play by David Mamet. It opened in 2005 off-Broadway at the Atlantic Theater Company in New York and was also performed at London's Almeida Theatre, starring John Mahoney, later that year. A fast-paced, madcap comedy-farce, the main action of the play occurs in a courtroom presided over by a judge (Larry Bryggman in the original cast) whose allergy medications make him, in the first act, so drowsy he repeatedly falls asleep, and in the second act so manic he eventually ends up stripping in the middle of the court. Meanwhile, the prosecutor has to deal with his flamboyant and often difficult-to-control boyfriend Bernard (Keith Nobbs). The gentile defense attorney is swapping racial slurs with his Jewish client, who suddenly comes up with a brilliant idea to solve all the problems in the Middle East. The question is, can he cut through all the courtroom drama in time to make the plan work? Cast - Bob Balaban, Larry Bryggman, Jim Frangione, Steven Goldstein, Steven Hawley, Keith Nobbs, Christopher Evan Welch. (March 2005)