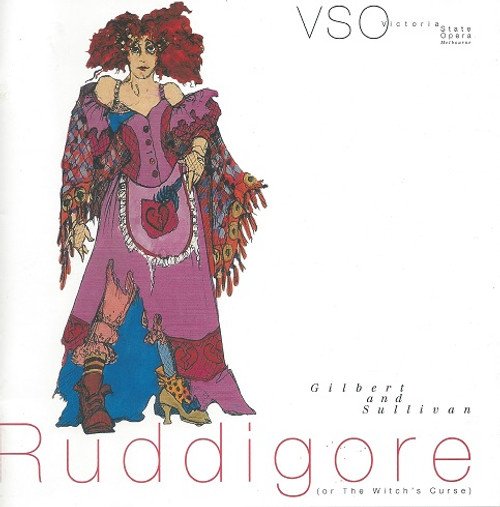 Music by Arthur Sullivan and libretto by W. S. Gilbert

Ruddigore; or, The Witch's Curse, originally called Ruddygore, is a comic opera in two acts, with music by Arthur Sullivan and libretto by W. S. Gilbert. It is one of the Savoy Operas and the tenth of fourteen comic operas written together by Gilbert and Sullivan. It was first performed by the D'Oyly Carte Opera Company at the Savoy Theatre in London on 22 January 1887.
The first night was not altogether a success, as critics and the audience felt that Ruddygore (as it was originally spelled) did not measure up to its predecessor, The Mikado. After some changes, including respelling the title, it achieved a run of 288 performances.

The Pirates of Penzance - 12