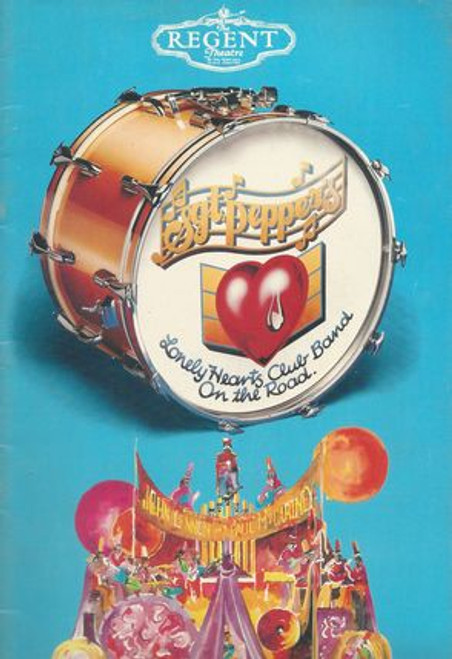 Sgt. Pepper's Lonely Hearts Club Band on the Road was a 1974 off-Broadway production directed by Tom O'Horgan. It opened at the Beacon Theatre in New York on November 17, 1974 and ran for a total of 66 performances.

The plot tells of a Candide-like rock music singer, Billy Shears, who marries Strawberry Fields. Billy loses her to death, and his own integrity to Maxwell's Silver Hammermen, Jack, Sledge and Claw, dressed in chain mail and representing the Hells Angels of the commercial music business. Billy's bête noire is a temptress named Lucy. Among the original cast were Ted Neeley as Billy Shears and Alaina Reed as Lucy. David Patrick Kelly played Sgt. Pepper.

The musical would later be loosely adapted into the Sgt. Pepper's Lonely Hearts Club Band film. John Lennon attended several rehearsals and the Opening Night performance with May Pang. It was caught on film in the original promo video for "Whatever Gets You Through the Night". The Musical opened in Sydney Australia at the Regent Theatre Sydney 6 March 1976.