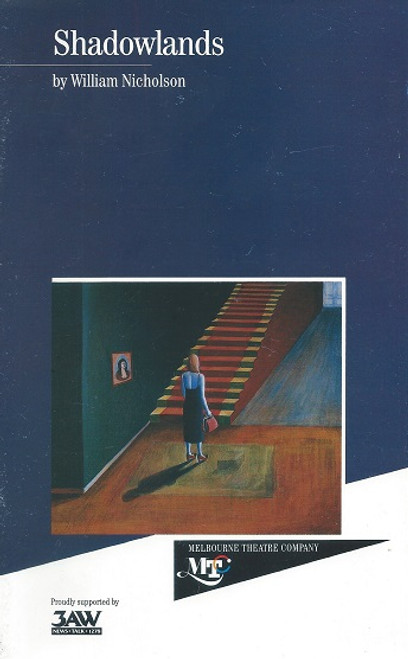 Shadowlands is a play by William Nicholson adapted from his 1985 television film of the same name, directed by Norman Stone and produced by David M. Thompson for BBC Wales. It debuted at the Theatre Royal in Plymouth on 5 October 1989 before premiering at the Queen's Theatre in London on 23 October 1989. The play is about the relationship between Oxford don and author C. S. Lewis and the American writer Joy Gresham. The story follows Lewis as he meets an American fan, Joy Gresham, whom he befriends and eventually marries. The story also deals with his struggle with personal pain and grief: Lewis preaches that one should endure suffering with patience, but finds that the simple answers he had preached no longer apply when Joy becomes afflicted with cancer and eventually dies.