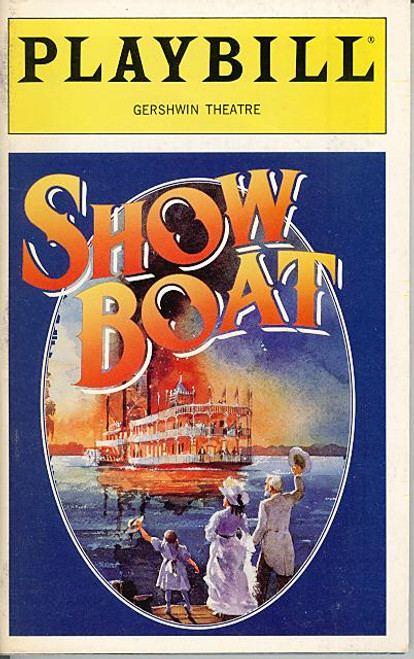 Show Boat is a musical in two acts with music by Jerome Kern and book and lyrics by Oscar Hammerstein II. It was based on the 1926 novel of the same name by Edna Ferber. The plot chronicles the lives of those living and working on the Cotton Blossom, a Mississippi River show boat, from 1880 to 1927. The show's dominant themes include racial prejudice and tragic, enduring love. Show Boat is widely considered one of the most influential works of the American musical theatre. As the first true American "musical play", it marked a significant departure from operettas, light musical comedies of the 1890s and early 20th century and the "Follies"-type musical revues that had defined Broadway. According to The Complete Book of Light Opera, "Here we come to a completely new genre – the musical play as distinguished from musical comedy. Now... the play was the thing, and everything else was subservient to that play. Now... came complete integration of song, humor and production numbers into a single and inextricable artistic entity."