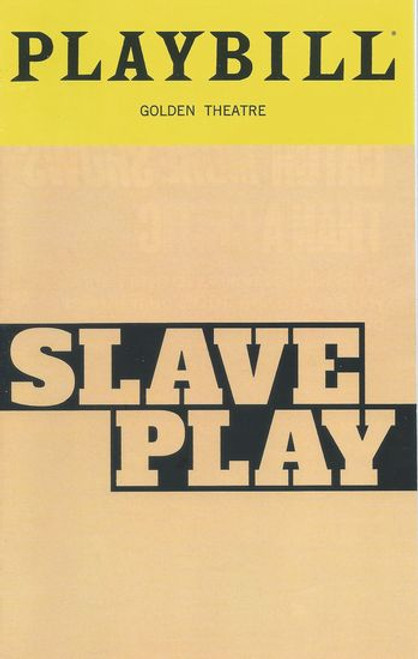 Slave Play is a three-act play by Jeremy O. Harris. The play is about race, sex, power relations, trauma, and interracial relationships. The play follows three interracial couples undergoing Antebellum Sexual Performance Therapy because the black partners no longer feel sexual attraction to their white partners. Harris originally wrote the play in his first year at the Yale School of Drama, and it debuted on a major stage on November 19, 2018, in an off-Broadway New York Theatre Workshop staging directed by Robert O'Hara. It opened on Broadway at the John Golden Theatre on October 6, 2019. In 2019, Slave Play was nominated for Best Play in the Lucille Lortel Awards,  and Claire Warden won an Outstanding Fight Choreography Drama Desk Award for her work in the play. The play has been the center of controversy due to its themes and content.