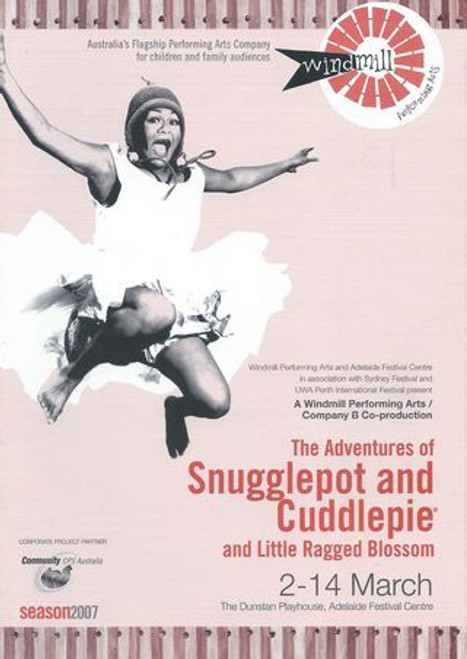 The Adventures of Snugglepot and Cuddlepine and Little Ragged Blossom 2007

by Alan Jones and John Clarke Based on May Gibbes

The Adventures of Snugglepot & Cuddlepie and Little Ragged Blossom is a musical adapted by John Clarke and Doug MacLeod, with a book by Clarke and music and lyrics by Alan John. It premiered at the Theatre Royal on 9 January 2007. Adult actors played the parts of the gumnut babies - Darren Gilshenan (Cuddlepie), Tim Richards (Snugglepot) and Ursula Yovich (Ragged Blossom). The story centres on the two characters of Snugglepot and Cuddlepie, who befriend a Blossom and search the unknown land of Australia. Unlike Combe's musical, the 2007 version is a political satire.