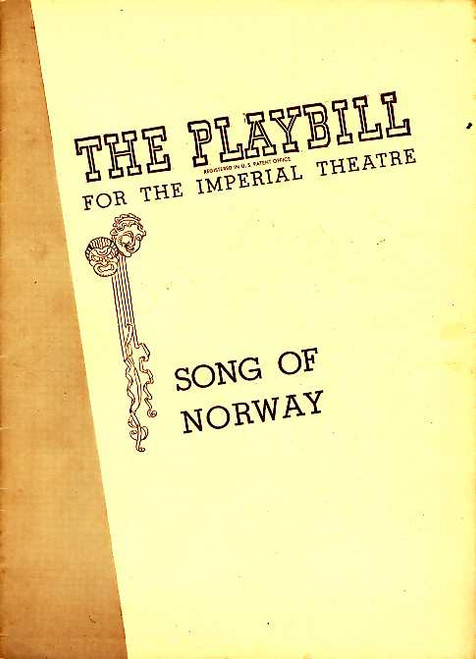 Song of Norwayis an operetta written in 1944 by Robert Wright and George Forrest, adapted from the music of Edvard Grieg and the book by Milton Lazarus and Homer Curran. A very loose film adaptation with major changes to both the book and music was released in 1970. The original Broadway cast featured Irra Petina as fictional opera singer Louisa Giovanni. The show featured dances, both ballet and Norwegian folk dances, choreographed by George Balanchine and performed by the Ballet Russe de Monte Carlo. Maria Tallchief, one of the featured dancers, married Balanchine during the run of the show.

This Playbill is from the 1945 Broadway Production, Produced by Mr Lester.