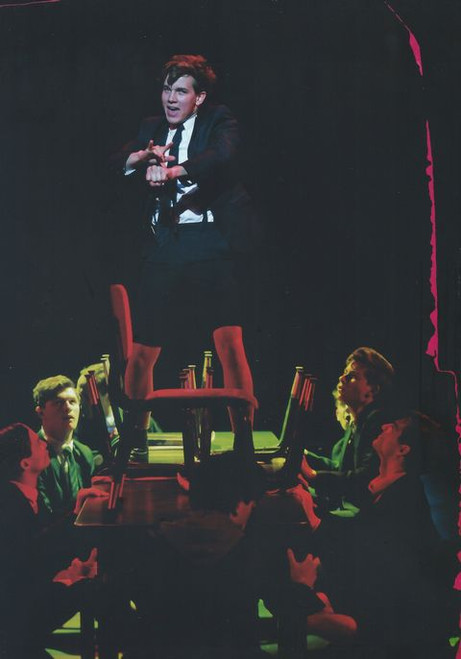 Spring Awakening  is a rock musical adaptation of the controversial 1891 German play of the same title by Frank Wedekind. It features music by Duncan Sheik and a book and lyrics by Steven Sater. Set in late-19th century Germany, it concerns teenagers who are discovering the inner and outer tumult of sexuality. The original play was banned in Germany for a while due to its portrayal of masturbation, abortion, homosexuality, rape, child abuse and suicide. In the musical, alternative rock is employed as part of the folk-infused rock score. Spring Awakening received eleven 2007 Tony Award nominations, winning eight, including Tonys for best musical, direction, book, score and featured actor. The show also won four Drama Desk Awards, while its London production won four Olivier Awards.

Deaf West Theatre's production of Spring Awakening, directed by Michael Arden, opened in Los Angeles in the fall of 2014 at the Rosenthal Theater. The cast featured both hearing and non-hearing actors, and the show was presented synchronously in spoken English and American Sign Language. The production then transferred to the Wallis Annenberg Center for the Performing Arts, where it ran from May 21, 2015 to June 14, 2015.
On July 1, 2015, it was announced that the Deaf West Theatre production of Spring Awakening would transfer to Broadway's Brooks Atkinson Theatre for a limited engagement in the fall of 2015. Produced by Ken Davenport, Hunter Arnold and Cody Lassen, it was Spring Awakening's first Broadway revival.

The entire original cast of the Deaf West Theatre production transferred to Broadway, with the addition of Marlee Matlin, Camryn Manheim, Patrick Page, and Russell Harvard in the adult roles, and new swings Robert Ariza, Lizzy Cuesta, Van Hughes, and Ren. The revival began previews on September 8, 2015 and opened on September 27, 2015. It closed on January 24, 2016.