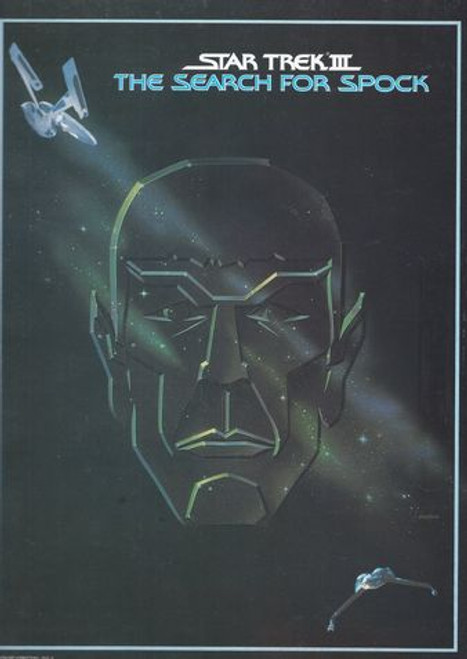 Star Trek III: The Search for Spock is a 1984 American science fiction film, written and produced by Harve Bennett, directed by Leonard Nimoy, and based on the television series Star Trek. It is the third film in the Star Trek franchise, and is the second part of a three-film story arc that begins with Star Trek II: The Wrath of Khan (1982) and concludes with Star Trek IV: The Voyage Home (1986). After the death of Spock (Nimoy), the crew of the USS Enterprise returns to Earth. When James T. Kirk (William Shatner) learns that Spock's spirit, or katra, is held in the mind of Dr. Leonard "Bones" McCoy (DeForest Kelley), Kirk and company steal the Enterprise to return Spock's body to his homeworld. The crew must also contend with hostile Klingons led by Kruge (Christopher Lloyd) who are bent on stealing the secrets of a powerful terraforming device.