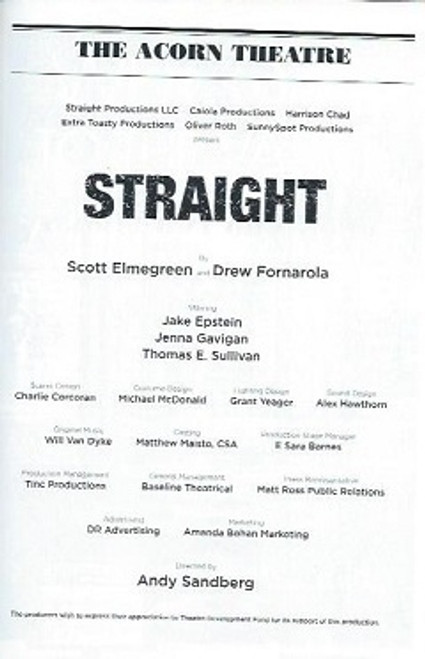 Meet Ben. Ben is a 26 year-old investment banker. Ben likes beer, sports, and Emily. And Chris. Funny, sad, sexy, and surprising, this three-character drama explores fidelity, identity, and the moral complex of a generation that prides itself on the pretense of acceptance.