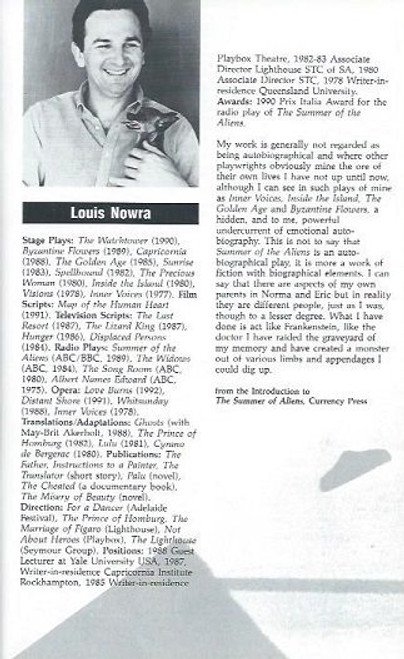 Summer of the Aliens is a semi-autobiographical, 1990s play written by Louis Nowra. The play is an often humorous, unsentimental coming-of-age story about a 14-year-old boy, Lewis, who is obsessed with flying saucers, UFO abductions and imagines aliens are invading the earth.
It was first written as a radio play and won the 1990 Prix Italia for Fiction (as an ABC radio play). It was first broadcast on 30 October 1989. Louis Nowra adapted it for the stage. The version published by Currency Press is for the theatre.