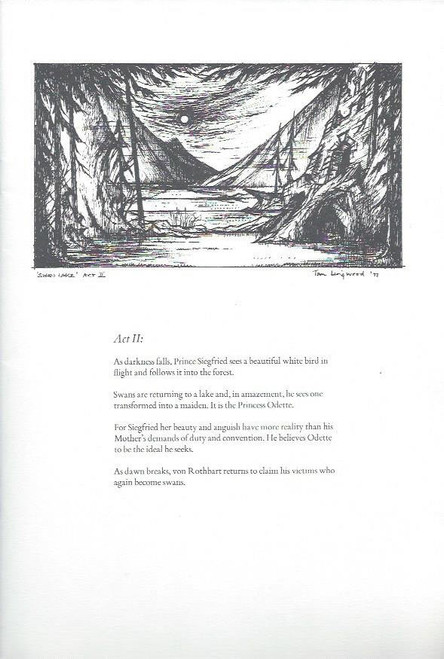 Swan Lake, is a ballet composed by Pyotr Ilyich Tchaikovsky in 1875–1876. The scenario, initially in four acts, was fashioned from Russian folk tales and tells the story of Odette, a princess turned into a swan by an evil sorcerer's curse. The choreographer of the original production was Julius Reisinger. The ballet was premiered by the Bolshoi Ballet on 4 March [O.S. 20 February] 1877 at the Bolshoi Theatre in Moscow. Although it is presented in many different versions, most ballet companies base their stagings both choreographically and musically on the 1895 revival of Marius Petipa and Lev Ivanov, first staged for the Imperial Ballet on 15 January 1895, at the Mariinsky Theatre in St. Petersburg. For this revival, Tchaikovsky's score was revised by the St. Petersburg Imperial Theatre's chief conductor and composer Riccardo Drigo.

From around the time of the turn of the 19th century until the beginning of the 1890s, scores for ballets were almost always written by composers known as "specialists": composers who were highly skilled at scoring the light, decorative, melodious, and rhythmically clear music that was at that time in vogue for ballet. Tchaikovsky studied the music of these "specialists", such as the Italian Cesare Pugni and the Austrian Ludwig Minkus, before setting to work on Swan Lake. Tchaikovsky had a rather negative opinion of the "specialist" ballet music until he studied it in detail, being impressed by the nearly limitless variety of infectious melodies their scores contained. Tchaikovsky most admired the ballet music of such composers as Léo Delibes, Adolphe Adam, and later, Riccardo Drigo.