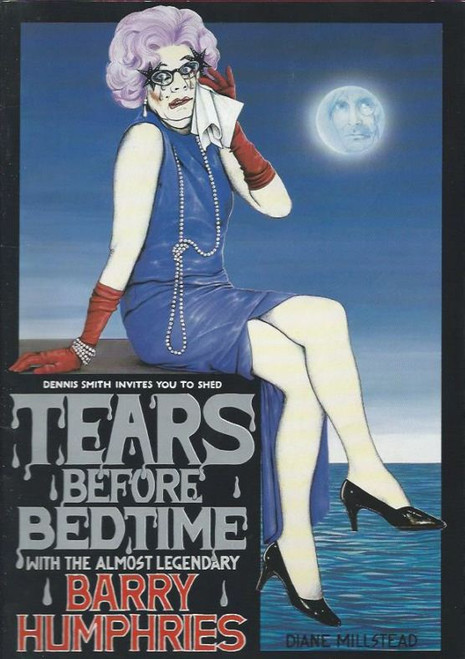 Humphries has regularly updated Edna, originally a drab Melbourne housewife satirising Australian suburbia. The character adopted an increasingly outlandish wardrobe after being performed in London in the 1960s, and grew in stature and popularity. Following film appearances and an elevation to damehood in the 1970s, the character evolved to "Housewife and Superstar", then "Megastar" and finally "Gigastar". Throughout the 1980s and 1990s Dame Edna became increasingly known and popular in North America after multiple stage and television appearances.

This Souvenir Brochure is from the Tears before Bedtime Tour 1983