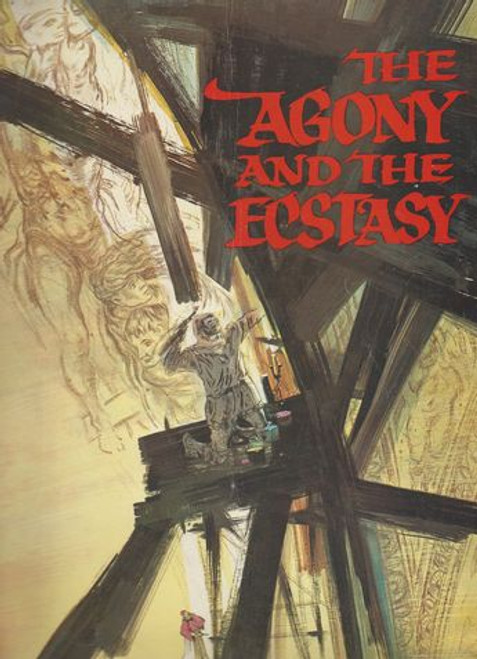 The Agony and the Ecstasy is a 1965 American film directed by Carol Reed and starring Charlton Heston as Michelangelo and Rex Harrison as Pope Julius II. The film was partly based on Irving Stone's 1961 biographical novel The Agony and the Ecstasy. This film deals with the conflicts of Michelangelo and Pope Julius II during the 1508-1512 painting of the Sistine Chapel ceiling. It also features a soundtrack co-written by prolific composers Alex North and Jerry Goldsmith.

The film was shot in Todd-AO and Cinemascope versions. The Todd-AO version was used for the DVD release because of its superior picture quality.