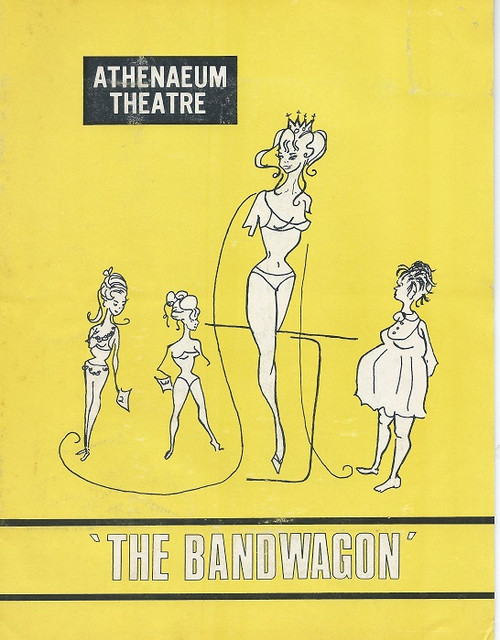 by George S. Kaufman and Howard Dietz, lyrics by Howard Dietz and music by Arthur Schwartz

The revue opened on Broadway at the New Amsterdam Theatre on June 3, 1931 and closed on January 16, 1932, running a total of 260 performances. Produced by Max Gordon, staging and lighting were by Hassard Short, choreography by Albertina Rasch, and scenic design by Albert R. Johnson. The cast included Fred Astaire, Adele Astaire, Helen Broderick, Tilly Losch, and Frank Morgan.
According to Steven Suskin, "very few people are around who saw The Band Wagon, but they all seem to insist that it was the finest Broadway revue ever."  According to Furia and Lasser, The Band Wagon is "arguably the greatest of the 'little' revues of the 1930s". Ken Bloom states that The Band Wagon "is considered the greatest of all revues."