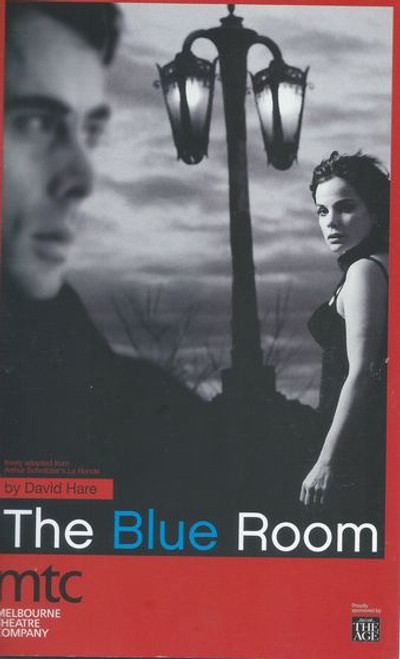 The Blue Room is a 1998 play by David Hare, adapted from the 1897 play Der Reigen written by Arthur Schnitzler (1862–1931), and more usually known by the French translation La Ronde.Hare's adaptation, called The Blue Room, transfers the action from Vienna to 'one of the great cities of the world, in the present day'. The characters change accordingly, the soldier becomes a cab driver, the parlour maid becomes an au pair, etc...

Hare's major difference from the original piece is the idea of performing it as a two-person show. Hare states himself that he was not the first person to do so. In 1981 when the theatrical rights fell temporarily out of copyright several stage versions were crafted and performed. Otherwise Hare's adaptation is not far from the original.

Syphilis or any other sexually transmitted disease is never explicitly mentioned in either Schnitzler's original or Hare's adaptation. Scene VI contains the only reference to this when the politician is concerned about 'hygiene' having just slept with the model. Sam Mendes had asked Hare to adapt Schnitzler's Reigen. The 1950 movie La Ronde by Max Ophüls was also based on Reigen and has influenced many stage adaptations, including The Blue Room.