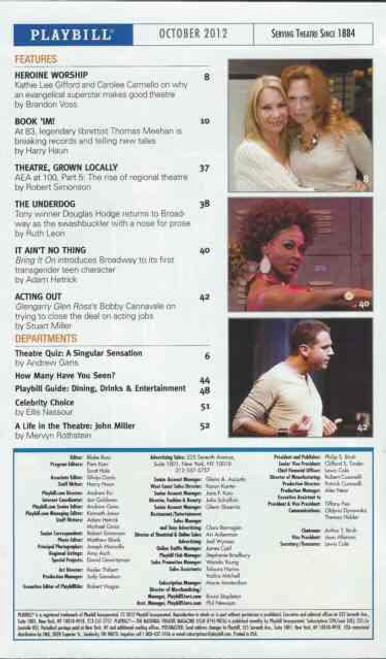 This Playbill is from October 2012 Starring Nic Rouleau, Will Blum, Rory O'Malley

The Book of Mormon - Nic Rouleau