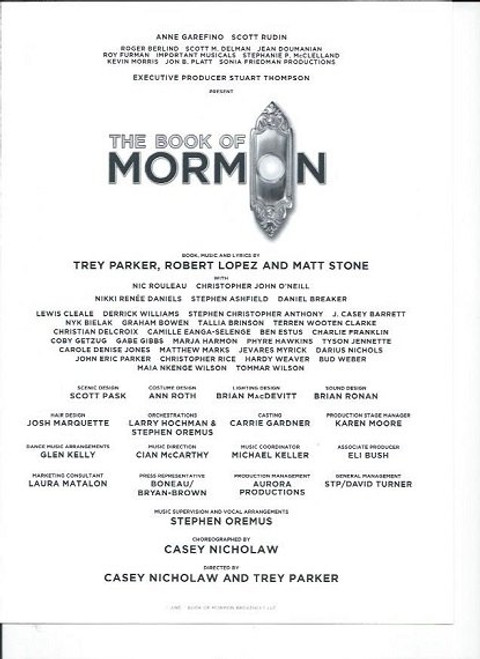 The Book of Mormon (Musical)  Souvenir Brochure with Cast Insert