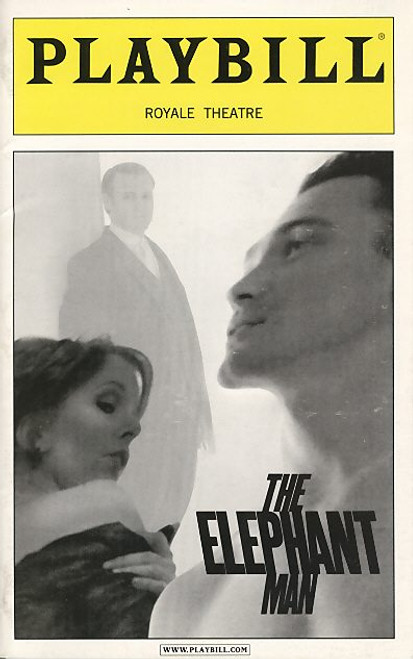 The Elephant Man is a 1977 play by Bernard Pomerance. The production's Broadway debut in 1979 was produced by Richmond Crinkley and Nelle Nugent, and directed by Jack Hofsiss. Prior to its Broadway production, the play was introduced at the Royal National Theatre in London and had an Off-Broadway production at the Theatre at Saint Peter's Church. The story is based on the life of Joseph Merrick who lived in the Victorian era and is known for the extreme deformity of his body. The lead role was originally played by Philip Anglim and later taken by Bruce Davison, David Bowie and Mark Hamill. The play was notable for the fact that no prosthetic makeup was used on the actor portraying Merrick. Billy Crudup, Kate Burton, Rupert Graves, Christopher Duva, James Riordan, Jenna Stern.

Condition: Used Good 8/10Each Order will incur a $5.00 handling fee (including free shipping)