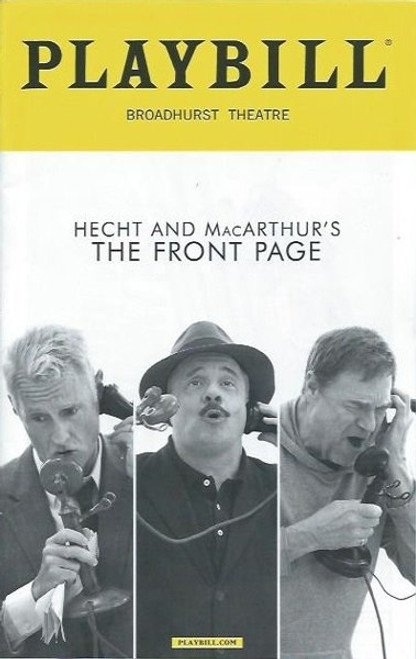 The Front Page is a hit Broadway comedy about tabloid newspaper reporters on the police beat, written by former Chicago reporters Ben Hecht and Charles MacArthur which was first produced in 1928. The play has been adapted for the cinema several times. The play's single set is the dingy press room of Chicago's Criminal Courts Building, overlooking the gallows behind the Cook County Jail. Reporters from most of the city's newspapers are passing the time with poker and pungent wisecracks about the news of the day.