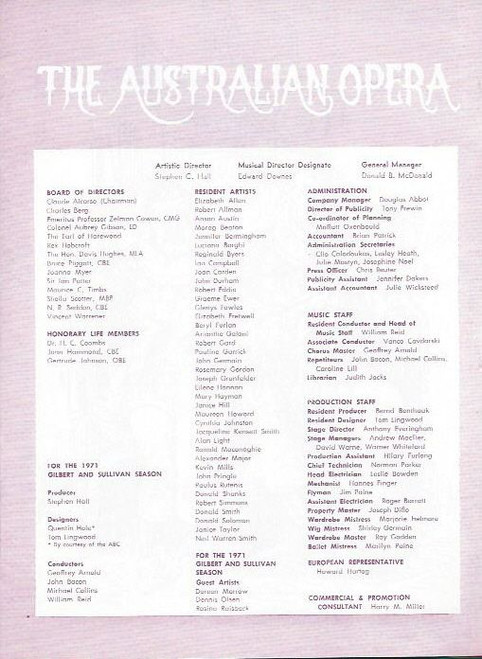 The Gondoliers; or, The King of Barataria

is a Savoy Opera, with music by Arthur Sullivan and libretto by W. S. Gilbert. It premiered at the Savoy Theatre on 7 December 1889 and ran for a very successful 554 performances (at that time the fifth longest-running piece of musical theatre in history), closing on 30 June 1891. This was the twelfth comic opera collaboration of fourteen between Gilbert and Sullivan.

The story of the opera concerns the young bride of the heir to the throne of Barataria who arrives in Venice to join her husband. It turns out, however, that he cannot be identified, since he was entrusted to the care of a drunken gondolier who mixed up the prince with his own son. To complicate matters, the King of Barataria has just been killed. The two young gondoliers must now jointly rule the kingdom until the nurse of the prince can be brought in to determine which of them is the rightful king. Moreover, when the young queen arrives to claim her husband, she finds that the two gondoliers have both recently married local girls. A last complicating factor is that she, herself, is in love with another man.